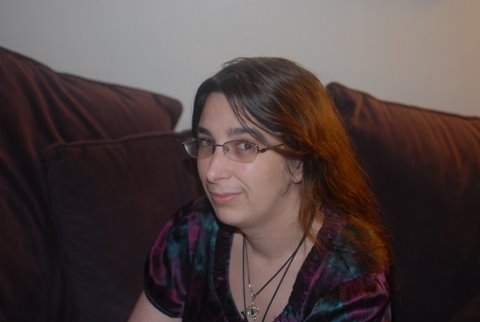 Kiya Nicoll is a Kemetic (Egyptian reconstructionist) mystic, Craft student, and whimsically catankerous person living in New England. She works as a full-time mother, and as a writer, editor, and copyeditor for Megalithica Books at Immanion Press.

Her first book, The Traveller’s Guide to the Duat: Amenti on Two Deben a Week is out from Immanion.

Her more extensive personal religious blog and archive o’stuff can be found at Suns In Her Branches.

You can also find her blogging at Hills of the Horizon on the Patheos Agora.

She can be reached at jackaledkiya at gmail dot com.

She has contributed to the following anthologies:

Sekhmet: When the Lion Roars, edited by Galina Krasskova, from Asphodel Press.

A Mantle of Stars: A Devotional for the Queen of Heaven, edited by Jen McConnel, from the Bibliotheca Alexandrina.

3 thoughts on “About Kiya”